After years of traditional quilting and then moving to primarily art quilts and fiber art pieces, I feel as if I have just had a course in Quilting 101 with a Quilt As You Go (QAYG) project. I remember seeing Georgia Bonesteel showing this method on TV back when I began quilting in the 1980s. But I never made a QAYG quilt--until now. A woman contacted me about some squares her 95-year-old mother had made 10 or 15 years earlier. The mother was still in good health but no longer quilted and they wanted to get the pieces finished. The hand-piecing and hand-quilting were skillfully done, and it was an honor to be a part of completing an another quiltmaker's UFOs ("unfinished objects" to quilters).

A large box was mailed to me and I was tasked with making whatever was feasible from the 18" QAYG blue blocks and 18" QAYG green/muslin blocks, 12" hand-pieced blocks, muslin fabric and remainders of blue and blue print fabric. I had several options but wanted to get as many completed quilts from these supplies as possible. 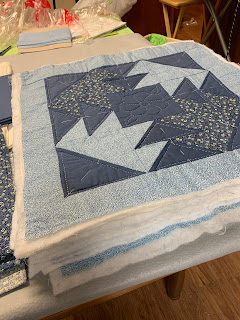 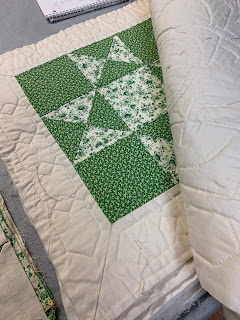 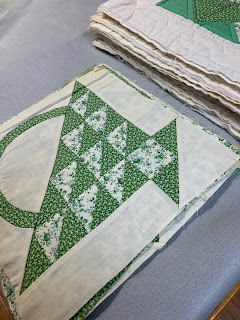 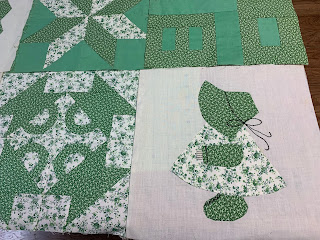 There were 12 blue 18" QAYG blocks with sashing, which I joined on the front, adding strips to join the squares on the back. Then I machine quilted the sashing and finished with binding. 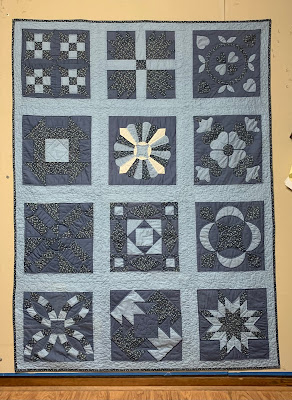 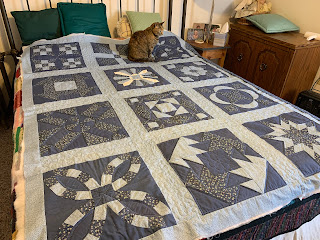 There were nine green/muslin 18" QAYG blocks, which I finished by adding muslin strips to join the already quilted squares. These apparently had been made over a long period of time because there was variation in the muslins used. 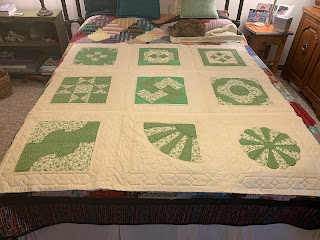 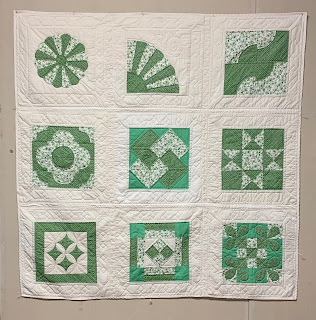 Then there were 12 green/muslin 12" hand-pieced blocks which I was doubtful could be used. But after a careful examination and washing, they looked promising. I shopped for a darker green fabric for sashing and used the provided muslin for borders. 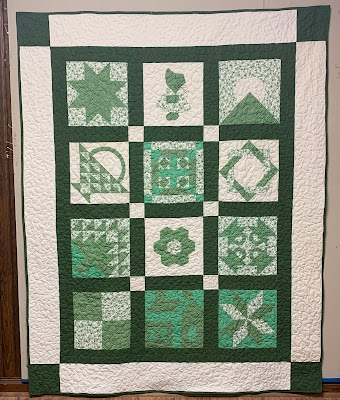 Maybe someone will complete my UFOs someday.