I have admired Susan Carlson's work for several years, especially after seeing Dixie Dingo Dreaming in Houston in 2012. For any lover of fabric, Susan's technique opens up a world of enjoyment as we search for just the right bit of fabric that will create an eye, a bit of fur, a nose, a cheek, skin. Instead of dipping a brush into paint, this method uses scissors to cut pieces of fabric to place on our canvas.
Susan teaches all over the U.S., but my choice was near her home in Maine and October was the perfect time weather-wise. From Mississippi, the trip took three plane rides, but since I love to fly this was not a drawback. I've never flown into New York with such good visibility, and this scene was especially beautiful. To get to Portland I went from Gulfport to Detroit, to JFK, to Portland. Coming home was to LaGuardia, Atlanta, and Gulfport. 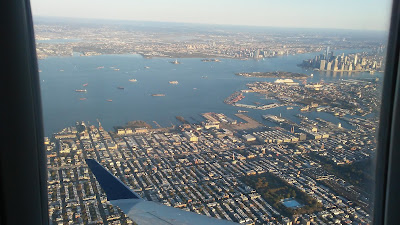 I had one free day to see the downtown section (called Old Port) and the Art Museum and along brick sidewalks and streets. A ferry ride to Peaks Island and back was a treat, since the Hyatt was only two blocks from the Atlantic Ocean. 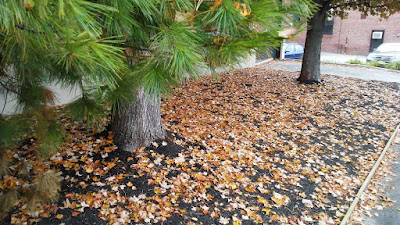 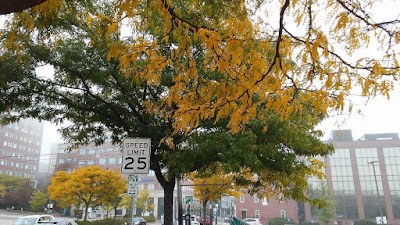 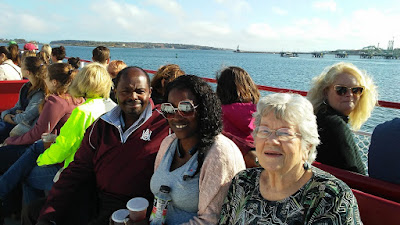 There were only 10 students in our class, which allowed Susan to circulate to each of us several times each day. She brought in different quilts each day, and seeing these (that we had seen in magazines) up close was a great learning experience. She lectured about an hour each morning, covering from selecting our subject matter to finishing and hanging. We had access to the classroom after hours, and several worked into the wee hours.
Getting ready for the class involved cutting pieces from as many of my fabrics as I had time to cut! I grouped these by color and by value into Ziploc bags that filled a suitcase. 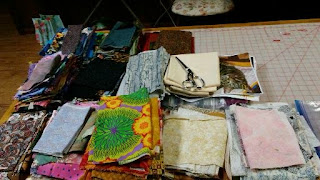 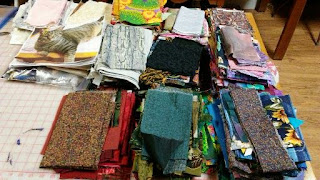 Here is my starting point--my subject outline drawn onto a muslin foundation. I taped my reference photo to the styrofoam board. As I cut small bits of fabric, I pinned them to the foundation. My subject is Elizabeth, My Almost Perfect Cat. 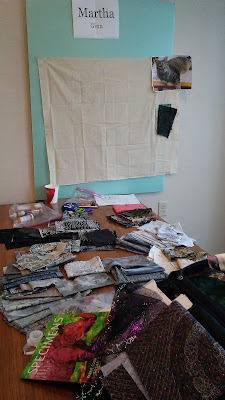 Susan brought many examples of her work, from early in-progress pieces to large completed ones. She also had step-by-step photo books so we could see the progression from idea to finished product. 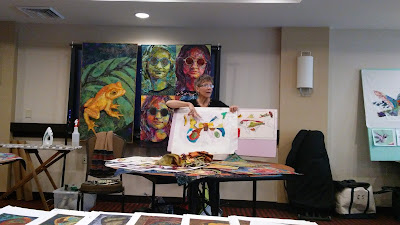 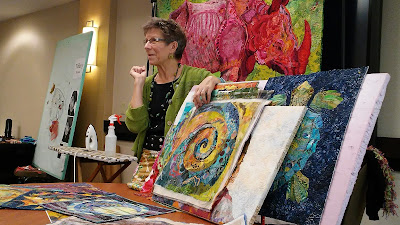 My Elizabeth grew gradually as I decided to add in some colors instead of depicting her in totally realistic grays, tans, and black. I was very worried about her eyes, but it turned out that the eyes were a piece of cake compared to the nose! 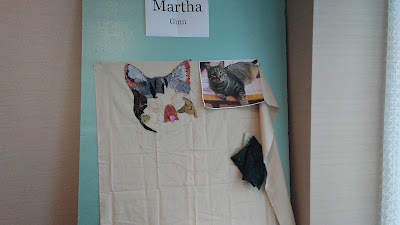 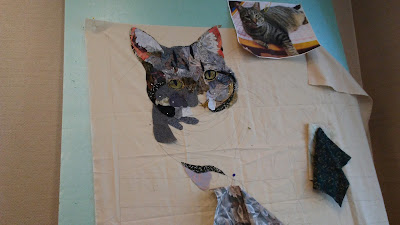 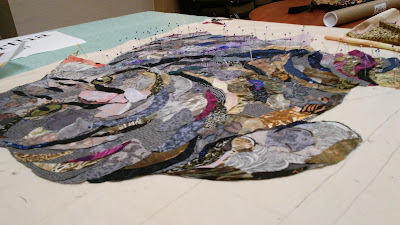 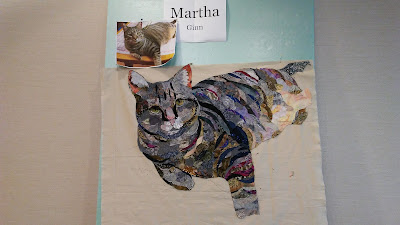 More details will be added, along with the table she is lying on. In the picture she is lying on a white/red cutting mat in my studio, but I haven't decided about her base yet. More on the next blog post.
Posted by Martha Ginn at 9:25 PM 5 comments:

Making artist's altered book pages has been a challenging, interesting, and satisfying activity. There are 10 of us in this group, living all over the U.S., from California to Florida to Massachusetts--talented artists who I only know from online contact. But we share a passion for creating art and sharing it with each other. Theoretically, it works like this: every month I create a 10" x 10" page and send it to someone on the list. Every month, one of the group sends me a page. We can make our pages any technique and style we choose, and several have used this as an opportunity to work in a series. We try to keep on schedule but don't get upset when other events cause us to be late. It is a wonderful surprise to get a large envelope no matter when it comes. I have my August, September, and October pages ready for tomorrow's mail--October 5, meaning I was late with two and on time with this last one. The last one is inspired by the large mushrooms growing out of the tree stump which I pictured in my blog a few days ago.