This month has been an unusual one, as far as most Decembers go. I had knee replacement surgery on December 9 and came home after spending 14 days in rehab unit. The therapy is a bear, but I knew this from my other knee and I'm thankful for a skilled and dedicated therapist. While I was away friends and my daughter took care of my kitties; it is so good to be back with them, but I don't feel well enough for quilting or art activities. There's no telling what interesting blog reading I'm missing during this down time, so I'm hoping to do some catching up soon when my brain is rid of the anesthesia and pain meds.
The joy of Christmas this year came in my participation in the Advent banners, singing with our church choir and hearing beautiful music on CDs. Our celebrating does not have to be the same each year as long as we remember the birth of the Christ Child.
There are interesting and challenging art quilts to make; it is neat to reflect on milestones like my guild's 30th anniversary and to think of the marvelous friendships that have come from it and Mississippi Quilt Association. I look forward to a creative and joyful 2015!

Posted by Martha Ginn at 9:47 PM No comments: Links to this post 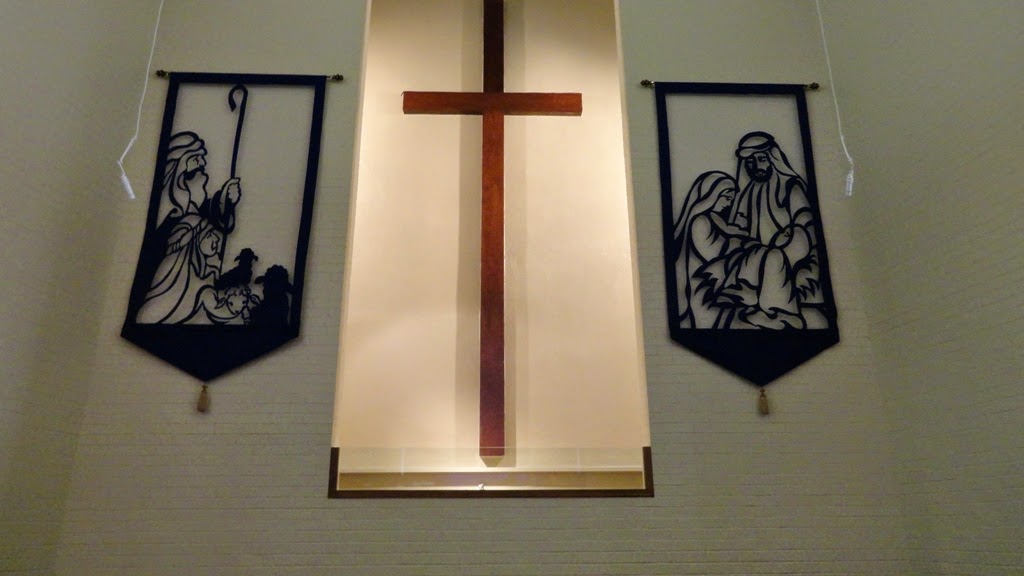 It was my pleasure to head up a committee to make new Advent Banners for my church, University Baptist in Hattiesburg, MS. The four banners were hung for the first Sunday of Advent, November 30, and were warmly received by the congregation. Many people wanted to know how these came about, so here is their story. 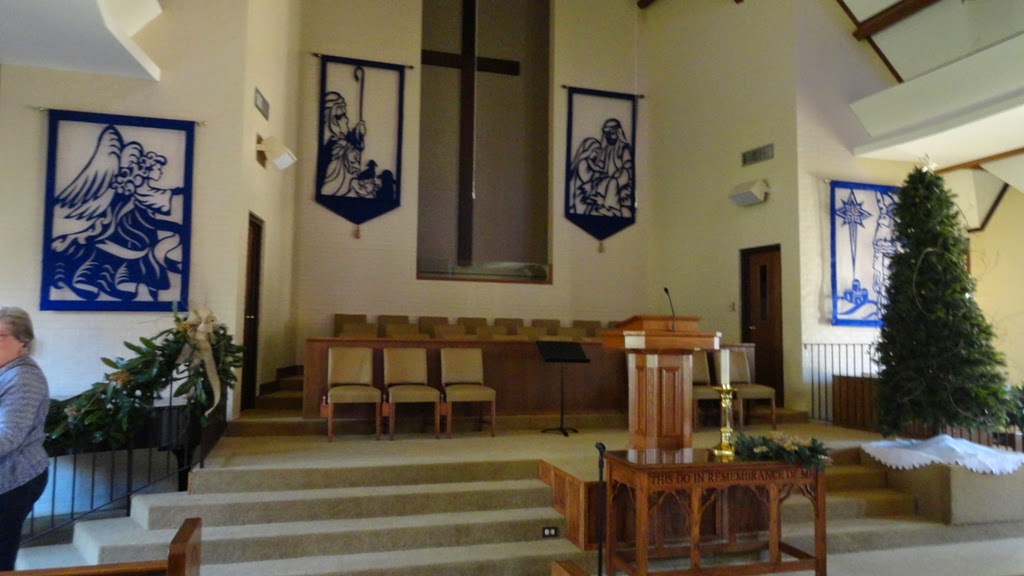 Our pastor, Rusty Edwards, brought a book home from a conference he attended last summer. The book, A Cut Above, by Sarah Brogdon, featured cut-away felt banners in many designs. I had never made anything like this but thought the project looked possible and agreed to lead it. We ordered four patterns, royal blue felt, and netting and I enlisted several people to help in the construction. Since the only sewing involved was one line of stitching at the top and bottom to create rod pockets, anyone who could cut accurately with scissors and/or a rotary cutter could help. Workers were Kat Spangler, Joy Dunbar, Connie Benedict, Nancy Ratliff, Ellen Hall, Rosanne Crockett, and Rusty Edwards. Yes, Rusty used a rotary cutter as well as a glue gun. 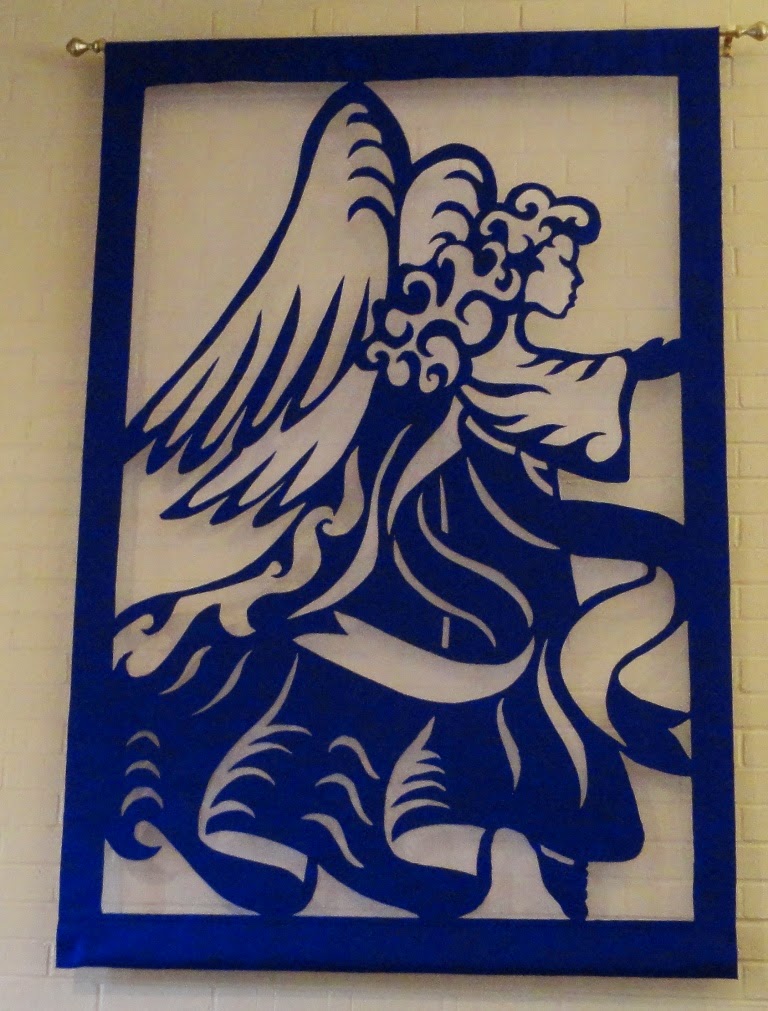 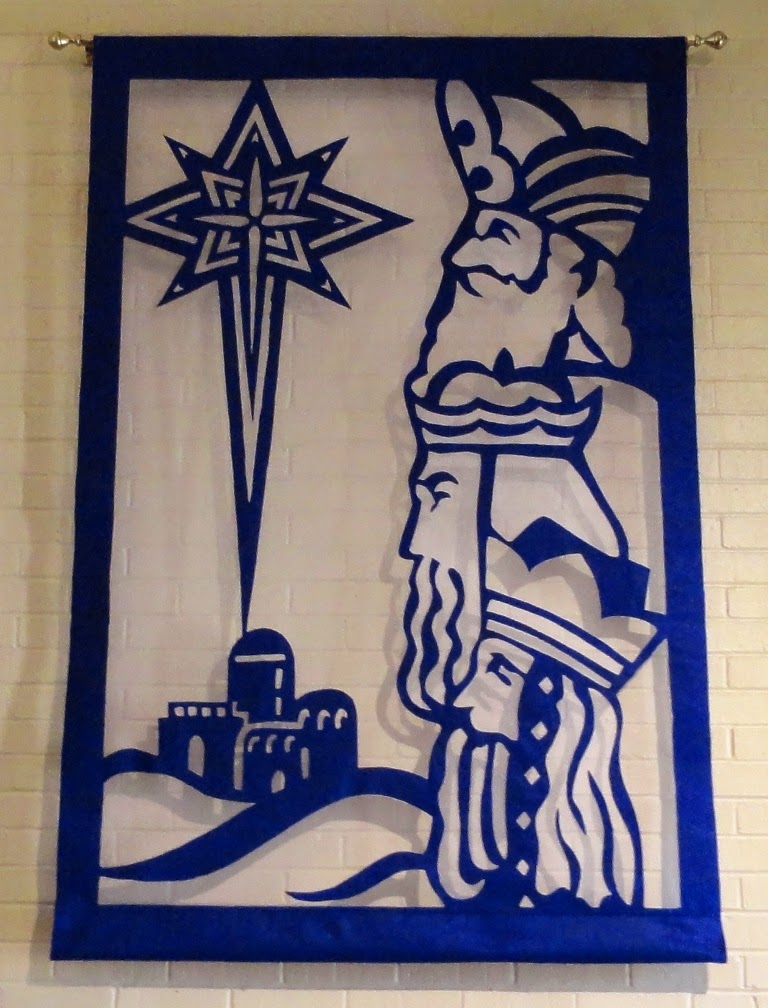 This was definitely a team effort and if work can be enjoyed, this certainly was. We had four workdays with three or four people working around my large dining room table, which had been covered with a gridded cardboard pattern board and self-healing mats. We used rotary cutters for straight lines; sharp scissors were essential for tight curves. Since none of us had done this before, we frequently consulted the directions to be sure we were proceeding correctly. 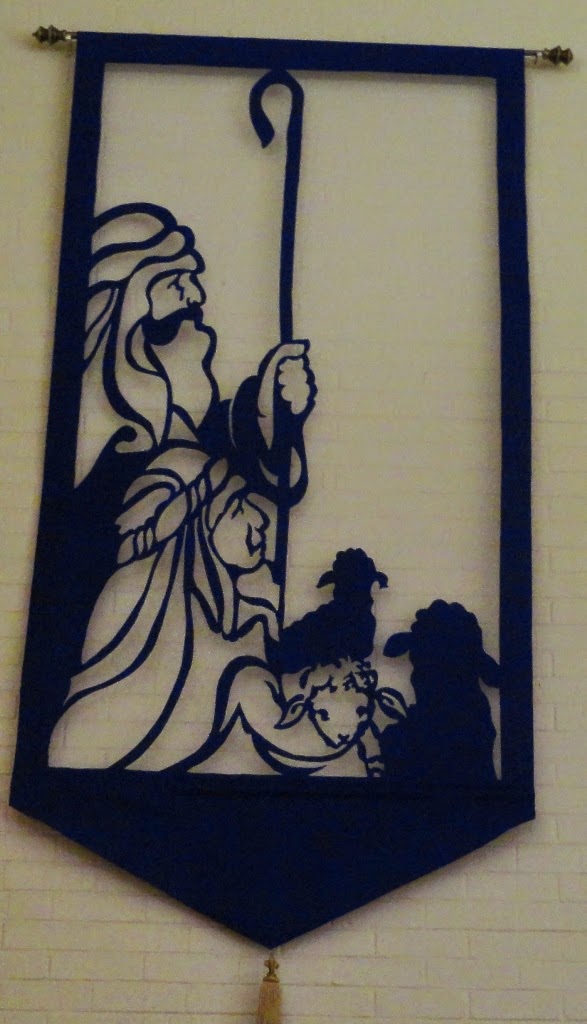 The patterns were for wall hangings 24" x 36" and we enlarged them to 48" x 72" for the outside ones (angel and kings) and 48" x 96" for the center ones (shepherds and family). After cutting the felt, netting was secured to the back with hot glue guns. The netting is what holds the shape of the banner. Between workdays it was necessary to keep the work area covered with a sheet to protect from kitty paws, but Rah-Rah managed to find a finished folded up banner for a brief nap. 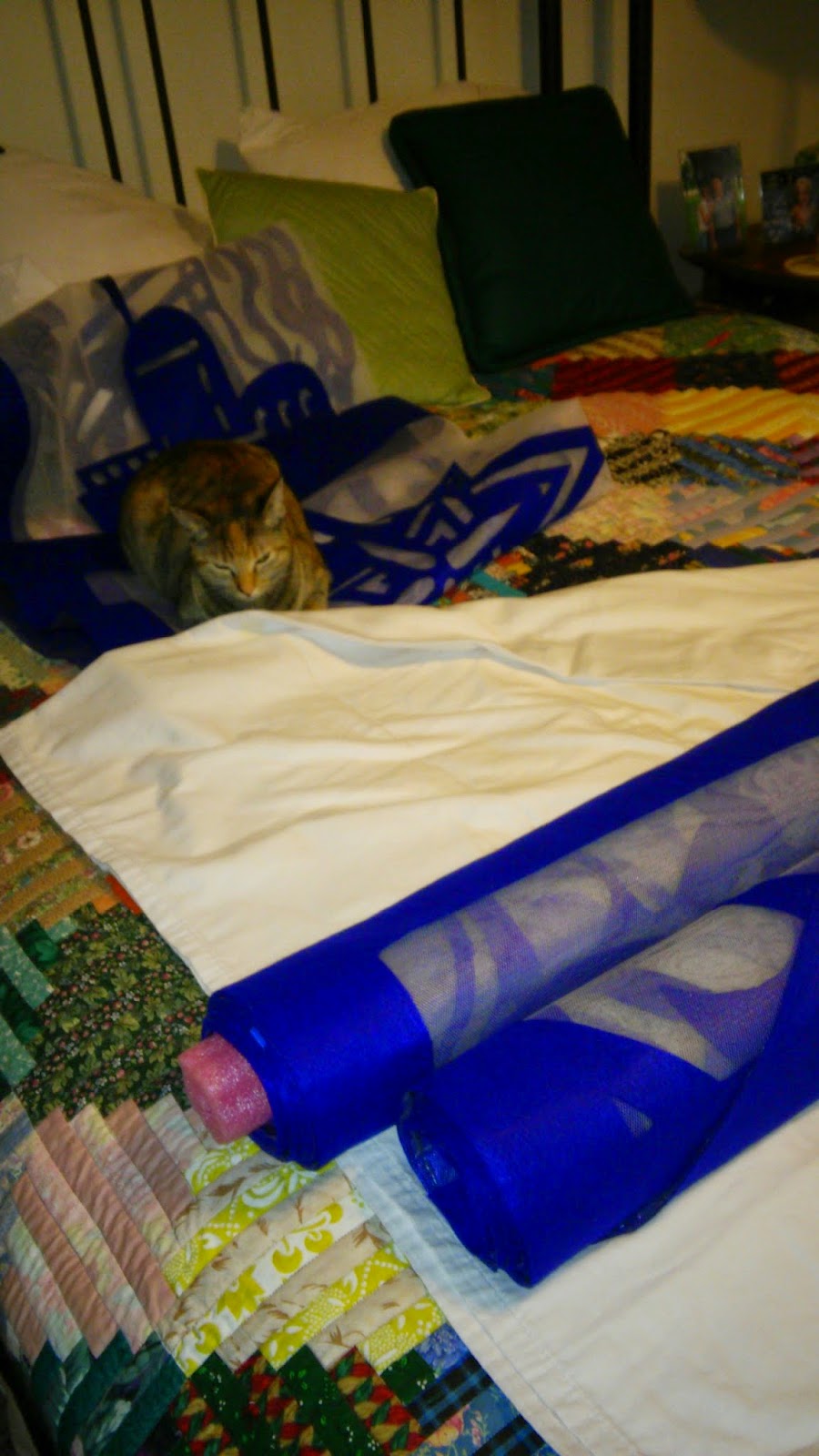 Labels: Kat Spangler, liturgical banners, Rusty Edwards, Sarah Brogdon, University Baptist Church
Newer Posts Older Posts Home
Subscribe to: Posts (Atom)
Welcome! Thanks for reading. I love to hear from you, so feel free to leave a comment. If you sign up to follow by email (below), you will be notified of new posts. I promise not to bother you otherwise!